Hajj 2021 to begin on Sunday amid COVID-19 restrictions

Restricted in number of pilgrims and tough on health protocols Hajj 2021 will begin on Sunday amid the conditions imposed by COVID-19.
Share It :
Besides the restricted number of pilgrims admitted to perform Hajj pilgrimage, Saudi government has brought a number of other changes in a bid to prevent the spread of the pandemic infection through the annual Islamic ritual, reported Taqrib News Agency (TNA).

Performing Hajj rituals 2021 will begin at 6:30 am on Sunday and pilgrims can enter the al-Haram Mosque according to a timetable; Hajj rituals will be performed on 8-13 of Dhul Hajjah (18-23 July) with the Eid al-Adha to be marked on Tuesday, according to Saudi announcement; hence, all vaccinated pilgrims should attend the holy mosque with mask from tomorrow morning.

In a bid to maintain the necessary social distancing the paths and other places which will be attended by pilgrims are marked with labels.

150 cameras have been installed at the entrances to al-Haram Mosque, 50 of them smart cameras capable of cautioning the pilgrims if evade health protocols. 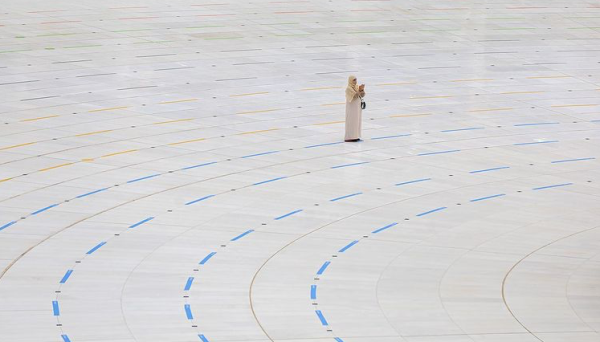 Besides that, 100 electronic guiding boards in Arabic, English and Urdu, have been installed in the holy mosque because 45,000 of the pilgrims are foreigners residing in Saudi Arabia. Mecca municipality has employed 15,000 people to provide services while several technical teams are in charge of maintenance and security control of the paths and bridges.

Opening of three entrances to pilgrims in Hajj 2021

Another measure in Hajj 2021 is opening the Malek Abdullah, al-Umrah and Fatah entrance as their construction was not completed last year.

Also the paths for Stoning of the Devil, as one of the most important rituals where the pilgrims symbolically throw pebbles at three walls called Jamarat. The two-story Jamarat Bridge has been demolished for a new four-story bridge and pilgrims can perform this stage in 12 different floors.

2.5 decrease of pilgrims in Stoning of Devil

The Jamarat Bridge can capacitate 100,000 pilgrims every hour according the timetable. Although the number of pilgrims has been decreased as the Saudi government has not admitted foreign pilgrims and those admitted to Hajj 2021 are composed of 45,000 foreign pilgrims residing in Saudi Arabia and 15,000 Saudi nationals.

2,500 pilgrims in Stoning of Devil every hour

In a bid to prevent over crowdedness during the Stoning of the Devil, Hajj officials announced that only 2,500 pilgrims can attend the Jamrat Bridge every hour to maintain the social distancing. 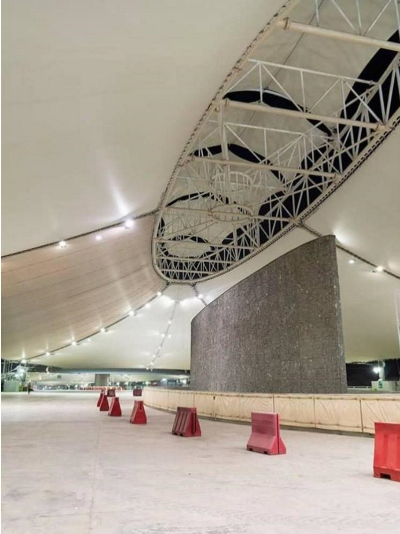 Packages of pebbles for Stoning of Devil

Another measure taken in line with health protocols against COVID-19 is providing packages of sterilized pebbles for the Stoning of the Devil while the pilgrims were in charge of collecting the stones for the ritual.

Only packaged food is distributed among pilgrims as they are not allowed to gather at any places in hotels or en route. Transportation means will provide services at half capacity and the 40-passenger buses will carry only 20 passengers in each trip.

Screening of pilgrims at entrances to Mecca

Another measure by Saudi Arabia for Hajj 2021 was quarantining the pilgrims ahead of the annual pilgrimage and the pilgrims will be screened at all entrances to Mecca and their health will be rechecked with electronic and thermal equipment at entrances to al-Haram Mosque.

About 8,700 electric cars and wheelchairs have been arranged for the elderly, sick and pilgrims with special need carrying them in Safa and Marwah.

Smart robots will distributed only bottled water from the well of Zamzam during Hajj 2021 to prevent crowds gathering around the fountains. Other smart robots will move for disinfection and conditioning of the air at al-Haram Mosque.

60,000 pilgrims aged between 18-50 form across Saudi Arabia will perform Hajj among them 60 per cent are aged 18-40. This is the second year Saudi government is restricting the annual pilgrimage due to COVID-19. 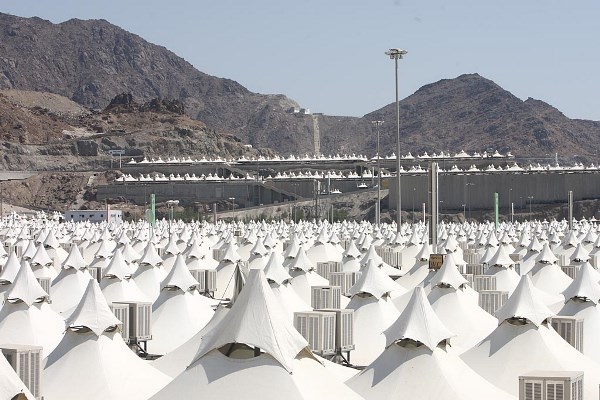 WHO concerned over “rapid escalation” of COVID-19 outbreak

Normalization of ties with Israel, huge blow to Palestinian cause

"Taliban extremism to be followed by repercussions", analyst

Taliban, a project beyond Afghanistan